A fine new Ramen spot is our starting point, perched on the very road which marks the cutely named SoFo part of the hip Södermalm island. Josh, a British-born Nigerian based in Sweden, is a spoken word artist and musician, who has been running in between various industry meetings and has recently returned from some festival guest appearances together with the likes of Sons Of Kemet and Alabaster Deplume. He launches straight into a story concerning the birth of a song he wrote for his band Hugh.

"We'd decided on a more pop RnB approach and at the time I'd been deeply listening to the Donnie Darko soundtrack. I was on my phone playing around with some app and Head Over Heels by Tears for Fears came on again but my brain rewired the intro into a totally different melody.  Am I being inspired or have I just ripped them off? And if I never tell this story, will they ever know? haha…"

"I remember fighting with my phone for an unnecessary five long minutes before I finally got it recorded via whatever app I was using at the time and sent it straight on to my producer saying 'dude what do you think about this?'. 30 minutes later he sent me the first version of what became this song, with claps and weird 80ts stuff added and said 'yeah so you need to write some lyrics now'…"

We then hear how the guitarist felt the need to drop everything so he could rush home to record his part and that the track helped inspire every vocalist they auditioned to beg them to be included.

"It was called I Can't Figure You Out and became one of our most popular tracks, with upwards of five million streams over all the channels. And it all started on the sofa at my mum's house in Hackney."

The familiar subject of writing processes becomes our next port of call and we find out that the differences between the producers he works with can be as much as "idea recorded on my phone, then to garage band to do a rough version and then on to a producer" or merely "me going 'dan dadadada dan' and then being kicked out until he (the producer, editor's note) works it out exactly as I wanted it."

We decide to take a walk through the inner city graveyard in the center of Södermalm, and Joshua delights us with a refreshing take on something we can all relate to.

"I've really learned to appreciate laziness and distraction. No, but really. Every time I've said to myself 'today I will write a song' it never happens but when I say 'I'm going to play video games' my brain goes like 'you see the way that character got punched in the face? How about we make a song like that?' This is exactly why it's super helpful to be able to record things on my phone so I can be ready when creativity strikes. Although this can make me really antisocial as I can sometimes stop right in the middle of a sentence and say 'Excuse me for one second!' (sings) ba da da da badaaaa daaa…"

"I remember a time when we were working on a song called Winning Streak and I was in a kebab shop and the shop phone rang, 'Burrup burruup' and I gasped and instantly picked up my phone to record it. I then ran to the bathroom and taped myself saying 'let's have the trombone going ba-na-naaaa ba-na-naaaa'  and I felt so good as it helped me out a rare time in my life of being blocked and lacking in ideas."

"Another thing I love to do is sometimes I hear a song I want to be inspired by, usually when I'm out clubbing, and I just record a bit of it, I think I like the fact that I'm hearing it through dusty speakers in a crowded space, as it all adds to the inspiration, so much more than if I just heard it on Spotify. You hear the sounds in the background, the toilet flushing, the clinking of glasses, that really does help when I'm trying to reimagine it as something else."

Some unexpected rain cuts our wander short but Josh seems happy to finally get the chance to try the fancy raincoat which he magically pulls out of a secret part of his bag. He starts to tell us about a workshop he runs in an effort to kill the worry people have that their "ideas don't come fully formed, because they never do, we are all products of years and years of influences and inspirations."

As we run for cover he finishes things off nicely by telling us the Stone Soup story, an ages-old folk saga that teaches the value of sharing, but which he uses in the workshop to make the point that  "Sometimes you can take another song as the scaffolding of an idea, and build upon it to such a degree that when you take the first thought away, what is left still stands" and we realize we've found ourselves coming full circle, back to the story of the song, which inspired another song, all those years ago over a home-cooked lunch in North London.

We strongly suggest you check out some of Joshua Idehan's projects here and or the band Hugh mentioned above here, and he can be booked via these fine people: Yuppies Music.

And here is a demo which grew from these humble beginnings…

…to this majestic piece: 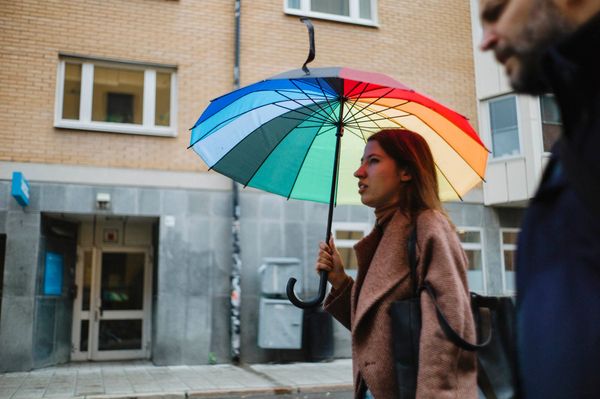 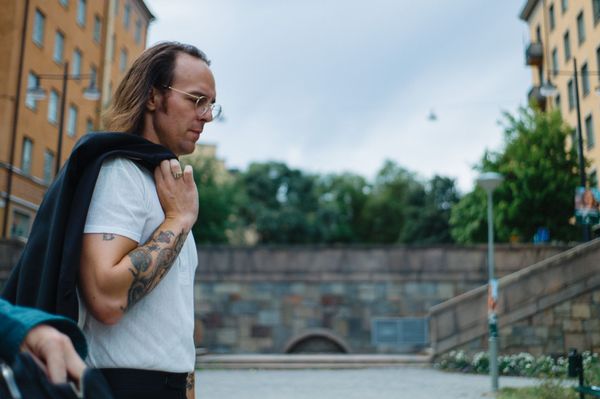